​We are thrilled to have Dr. Wayne Faison as one of our presenters at the Future Church Convocation.  Specifically, Dr. Faison will be sharing on Black Church Revitalization/Re-Missioning the African-American Congregation. This is a journey he knows well and we could not ask for a better guide to take us through these challenging issues.

Dr. Wayne Faison currently has 28 years of ministerial experience including 11 years in the pastoral ministry. He was called as the 12th Pastor of The East End Baptist Church in November 2014. He also spent 2 years as an associate minister and has served in various roles for the past 19 years with the Baptist General Association of Virginia. 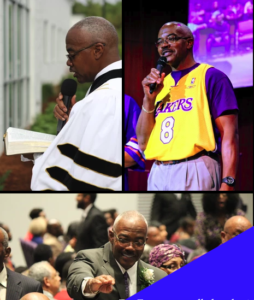 Before being called into the ministry, he spent 15 years in the banking profession. The Lord called Dr. Faison to the Ministry in 1992, he was licensed in 1993 and later ordained in 1997 at New St. John Baptist Church in Ocala, Florida. He then served as Senior Pastor of Canaan Missionary Baptist Church in Flemington, Florida from 1997 – 2001.

Dr. Faison is married to Carmen Clark Faison and they have two adult children, Andrea and Chasity. He loves spending time with his family, playing golf, running, swimming, reading and writing.

Check out Dr. Faison’s WORDS FOR THE MOMENT –  You Tube Devotionals .