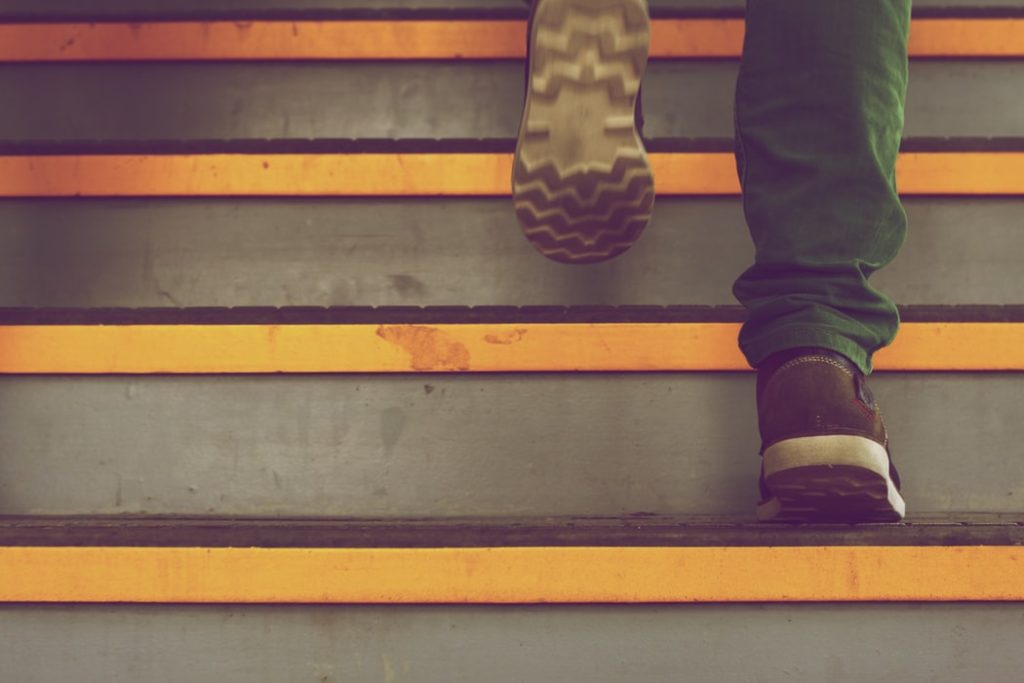 It’s a new year and I am starting a new ministry having answered a call to serve a congregation. It is exciting and wonderful. I am energized and ready to get things going.

After some 40 years of vocational ministry I have a quiver full of ideas, programs and plans I am eager to execute and initiate; things we can do that I can pull out of my bag of tricks that have worked before many times.

Hold on… I have also learned not to do this.

Here are two things I am going to do.

It begins with relationship

My good friend and seminary professor Steve Brown, in speaking to students about new callings said, “In the first year don’t do anything except love them. Spend the first year getting connected, being with them.” What does that look like? Have dinners and coffees, visit homes, go to their kid’s soccer games; take time and adopt a posture of listening, observing and learning about their lives and the community in which they live. Take time to understand them and their context.

These things can tend to be what we do for and to people in meeting various needs they may have. Fresh Expressions is different in that it is very much about being with people in relationship and doing *with* them.

This is especially true for Fresh Expressions. I was leading a series of Roundtable discussions with churches investigating the Fresh Expressions models. Many tried to describe outreach programs as fresh expressions. I believe the church should be fully engaged with outreach and service. But these things can tend to be what we do for and to people in meeting various needs they may have. Fresh Expressions is different in that it is very much about being with people in relationship and doing with them.  We learn this when we look at the Incarnation.

I had the privilege of planting an Episcopal Church named Church of the Incarnation, and I recently got to preach there on the Sunday after Christmas. My text was John 1:14… And the Word became flesh and dwelt among us, and we have seen his glory, glory as of the only Son from the Father, full of grace and truth

This verse, the reason the congregation was named Incarnation, is the prime verse about the Incarnation: Christ Jesus taking on human flesh, becoming human, as the Nicene Creed would say… For us and for our salvation he came down from heaven: by the power of the Holy Spirit he became incarnate from the Virgin Mary, and was made man.

After the coming of Christ, his life, death, resurrection and ascension he now chooses to manifest his presence through his people, the church.  Incarnation is not just a miracle that we celebrate every 25th of December but it continues everyday as Jesus, in a sense, now clothes himself with his body, the Church. The Word becomes flesh again and again in us – in simple yet intentional acts of love, generosity, kindness and mercy; we leverage and manifest his presence into the world by the power of the Holy Spirit living for him.

So, the first thing I am going to do with this new congregation and family I am called to serve (and, I hope they will do with me) is to be WITH them; to have a ministry of WITH-NESS. To truly know them, their lives and how they live. I want to connect and earn the place and privilege of being their priest.

Personally, I have never been involved in the parachurch ministry of Young Life but they have a phrase I have often quoted; “People don’t care how much you know until they know how much you care.”  I have found that to be true again and again.

I know a lot, I’ve studied and have a lot of letters following my name, but as 1 Corinthians 13:2 says, “If I have the gift of prophecy and can fathom all mysteries and all knowledge, and if I have a faith that can move mountains, but do not have love, I am nothing.”  I am thinking the opposite of this is also true; If I have the love of God in Christ by the Holy Spirit, then I am something!

A loving presence is the first thing I need, the first arrow I pull from my quiver, the first thing I open from my bag of tricks.  I need to have a divine empathy of being with the people I am called to serve. To know them and be known among them. That is what the incarnation is all about; Emmanuel, God is WITH us. With Fresh Expressions, as with any ministry, rather than beginning with What or How we begin with Who!

With Fresh Expressions, as with any ministry, rather than beginning with What or How we begin with Who!

Out of those formed and crafted relationships, mission and ministry will flow, the Gospel will be shared, folks will come to faith,  people will be served, we will celebrate and give thanks as a community. I’ve written this elsewhere but it bears repeating here, Jesus always leads in relationship.

Simultaneously, the second thing I am going to do in this new ministry is pray. This should be our first investment in any venture. “Almighty God, order our steps, give us eyes to see and ears to hear, show us the way forward.”

I started ministry as a youth minister. I was young and had some ideas, but I really needed wisdom and especially prayer support. I had been on staff for a couple of weeks and discovered there was a weekly women’s bible study on Thursday mornings that had been running for decades in the life of this congregation. On my third Thursday, just as they were getting started, I sheepishly knocked on the door and entered the room. I humbly asked if they would pray for me, the young people and the youth ministry. I also asked if I could, from time to time, bring them specific prayer requests. The room lit up!

They were thrilled and more than eager. Most of them were parents and grandparents of kids in the youth group. Though they did not previously know my name they had been praying for the right person to come and minister to the young people of the church and community. I claimed those prayers!

They stopped right there and prayed with and for me and the launch of this new ministry. In the coming years we saw a profound ministry to young people emerge, touching thousands of lives, seeing many come to Christ.  It was all anchored in and begun in prayer.

I have rediscovered the power of prayer walking in the last few years. A ministry I took on a few years back was crumbling and in shambles. With few resources, the one thing I could do was pray.  So, I began 2-3 times a week walking over the property, praying for the darkness to be dispersed and for the Light of Christ to shine on these acres. I prayed for provision, protection, and guidance. I prayed for the staff and people we ministered to, for wisdom and vision for a future.

God answered those prayers!  The ministry was righted and reestablished. We began to bear real fruit in the work we were called to. We became financially stable and sustainable.  What had been hanging by a thread was now strong and growing.

So, in the beginning, we pray.  I am doing prayer walks in this new community. Praying and asking God; “What are you already doing here? Who is here? Where are the people of peace who will open doors for mission and ministry? Please give me favor, wisdom and discernment. Show me the mission and ministry you want to launch in this place. Bring people alongside to prayer walk with me as we pray for this community.”

Long before we initiate any new thing, before we start a new program or begin a new work we will pray and have agreement as to what we are to do.

In the first movie in the Jurassic Park franchise, the director John Hammond  is explaining how they recreated the dinosaurs. Scientist/philosopher Dr. Ian Malcolm responds, “Yeah, yeah, but your scientists were so preoccupied with whether or not they could that they didn’t stop to think if they should.”

Sometimes the church does this. We get enamored with the latest program, ministry concept, piece of technology that we rush in with trying to make it happen without taking the time to ask, should we?

In theology we talk about eisegesis and exegesis.  These terms usually refer to how a person would interpret scriptures.  They can be expanded to how a person interprets a variety of things including culture.

Eisegesis is the process of interpreting in such a way as to introduce one’s own presuppositions, agendas or biases. We come with assumptions and act on them as though they are true. The church has long practiced this. We start a ministry, spend money and resources, even build a building for something that may not even be needed. We do so, thinking we know best.

Exegesis of a community is to examine, discern, understand what is here. What are the contexts, values, dreams of the people in this place? We don’t bring our conjectures or guesses as to the cultural content. We see what is here and take note.

Prayer is the major way we do exegesis. We look and listen prayerfully to our surroundings and by the Holy Spirit we perceive the next step (which often is more prayer).

In the Fresh Expressions movement we teach about the process of forming a Fresh Expression of church with 5 Circles. Really, five steps to starting. The first step is Listen, which is a posture of prayer. But the truth is, every step in the fresh expressions journey is undergirded by continual, ongoing prayer.

The first step is LISTEN, which is a posture of prayer. But the truth is, every step in the fresh expressions journey is undergirded by continual, ongoing prayer.

These 2 things I will do in this new calling (building relationships and prayer) are foundational to the start of any Christian mission or activity. We see this constantly in Jesus.  He was the life of the party; he engaged, connected, interacted, participated with people. He also had an amazing prayer life that is worth imitating, pulling away to pray and listen to the Father.

If this is how Jesus did ministry, if this was the norm for the early church shouldn’t it be ours as well?

The Rev. Jon Davis PhD is an Episcopal Priest, church planter, teacher, worship leader. He is on staff with Fresh Expressions as a mission strategist and is launching some Fresh Expression gatherings through the Abbey Mission in a NE suburb of Orlando.   jon.davis@freshexpressions.com