5 Reasons to Think About Starting a Dinner Church 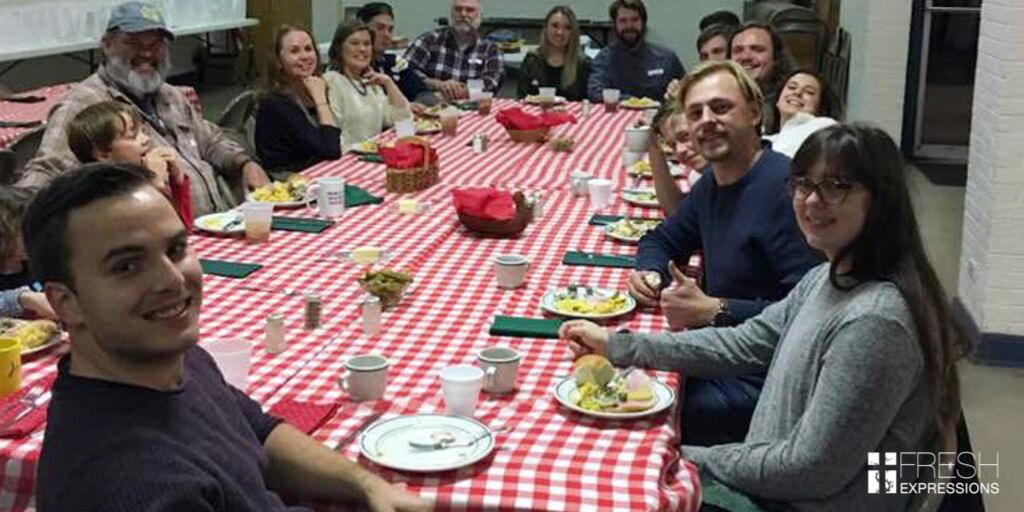 United Methodists were the majority among 60 participants in a “Dinner Church” training held at First Baptist Church in Asheville, NC earlier this year.

They came to hear a Seattle pastor, the Rev. Verlon Fosner, explain why his congregation shut down most of their ministries at a point when the 85-year-old church was declining 14 percent annually in attendance and finances.

“We were projected to close within seven years,” said Fosner. “We shut down our midweek programs to give us prayer space, to figure out how we could stay in the city.”

A study of the parables of Jesus and deep soul-searching led the former Westminister Community Church to remake itself into Community Dinners Fellowship. It started with one “dinner church” launch near the original Assemblies of God church campus in 2008 and led to a movement of dinner churches across the nation. More than 300 have been reported so far.

Here are five reasons why your church might want to consider starting a dinner church, based on that training in Asheville and from United Methodists who see hope in the dinner church movement:

1. Too many American churches are on the way to closing.

Fosner cited a bevy of statistics from Hartford Institute for Religion Research:

In Holston Conference, the annual “Book of Reports” routinely announces declines each year, from more than 170,000 members and 1,100 churches in 2000 to 160,000 members and 872 churches today. The most recent closing: Hendron’s Chapel United Methodist celebrated its final worship on Dec. 23, 2018, in Knoxville, Tennessee.

2. Our traditional way of doing church doesn’t fit everyone.

For the past 500 years, the church has been living in the Reformation Era, Fosner said. “The central feature of church gatherings has been the teaching of the scriptures in a presentation format to develop believers in Christian spirituality.”

Prior to the Reformation Era, Christians employed the “sacred space and liturgy” approach in the Christendon Era. Sanctuaries of grandeur were constructed to enable people to feel God’s presence and to be drawn to Him.

For one-third of present-day Americans, doing church on Sunday morning, with people in seats facing a teacher, often in a sanctuary, is holy and the way it should be done.

However, “our sociology doesn’t match the other two-thirds of Americans, even if they like Jesus,” Fosner says. “They don’t want to go to heaven with us the way that we do it. They’re simply not interested.”

3. Jesus used the dinner table to share his ministry.

Jesus liked to have dinner with sinners. So, for the first 300 years of Christianity, Jesus-followers of the Apostolic Era used his dinner-table approach to share the Good News. They set tables that included the stranger and the poor, and they preached stories of Christ.

“There’s a profound difference around doing Christian formation around tables instead of a teaching environment,” Fosner says, and it’s rooted in the way that Jesus often reached people.

“The dinner table was the invitation to faith,” Fosner said. “Jesus clearly embedded the gospel into the dinner-table theology.”

The dinner table was the invitation to faith. Jesus clearly embedded the gospel into the dinner-table theology.

4. The old-old ways might help us get our calling back.

We didn’t mean to be elitist, Fosner says, but many of our churches have moved out of the poorer neighborhoods. Jesus showed “preferential treatment” to the poor, the strangers, the lost and the isolated, yet many Christians are “wholly under-practiced at reaching the lost. We’ve actually forgotten how to reach the secular people.”

Armed with a dinner-table approach, Christians can leave their church walls and go where people already know they need help.

The Western North Carolina Conference has a partnership with Fresh Expressions, the organization that houses the Dinner Church Collective. At Fosner’s training in Asheville, United Methodists shared news of vibrant dinner churches in Albemarle, Concord, and Kannapolis. The Rev. Jay Belk, a United Methodist elder, has committed to starting a new dinner church in each of the state’s 100 counties.

In Holston Conference, New Life United Methodist Church recently launched a dinner church at the nearby elementary school, sharing a meal and worship with about 35 people every Tuesday night.

What does “dinner church” look like? Typically a dinner church is started by a local congregation in a place outside the church, where new people can be reached. (A school? Housing project? Abandoned church?)

The idea is not to just feed people, but to share the meal with them, to pursue friendships with people who don’t go to church. The meal is followed by a Jesus story or simple worship.

Fosner noted that some dinner-church organizers let their guests know that worship participation isn’t mandatory to receive the free meal and fellowship.

Some even come again. 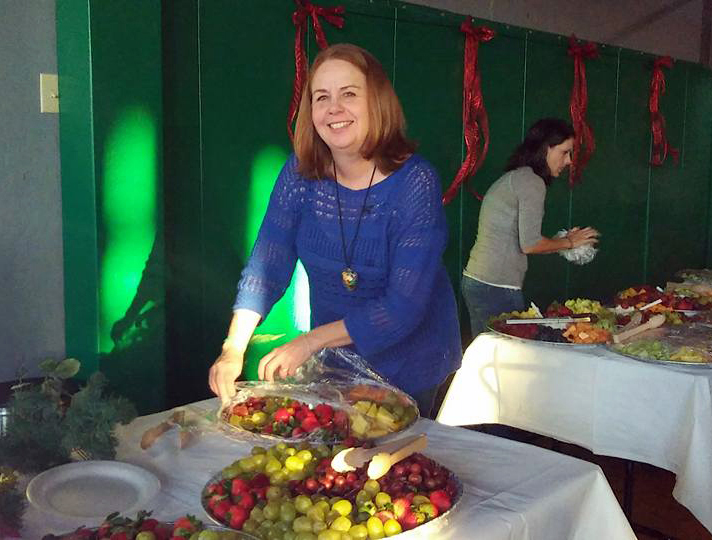 I’ve been editor in Holston Conference for 19 years now. The Holston Conference includes 864 United Methodist congregations in East Tennessee, Southwest Virginia, and North Georgia. When I started this job, The Call was a newspaper. Over the years, it’s evolved into an online publication with related social media. I never thought I would work almost 20 years for anybody, let alone the church. But I have to admit I’m proud to be connected to The Call and proud that it’s become more than a job. It’s on the way to becoming a lifetime ministry for me. You can always find me at http://TheCall2Cook.com