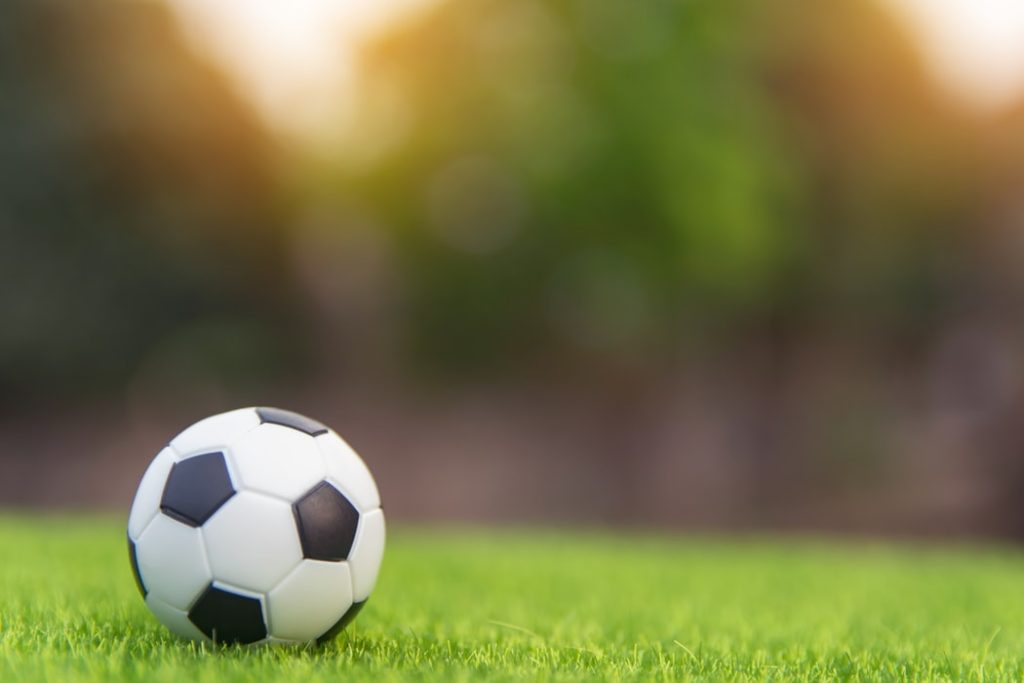 This last year, the Revd. Joe Pienaar and Andy Gliddon wanted to play some soccer.

Before long, a fresh expression of church was born.

“All I wanted was a game of football!” Joe recalls. When he arrived at St Hugh’s Lewsey 6 years ago he knew the church was looking to reach out to more men in their community, but didn’t imagine gathering a few friends and friends-of-friends together for a pick-up game would be how this would happen.

Andy tells the story this way:

“It was freezing cold when we started it- England in winter. Not the best time to start playing late night football. Some weeks there were piles of snow heaped up round the edge of the pitch. But despite that we found that an hour of football on a Sunday night drew together the group of guys we had been meeting and becoming friends with.

The first lot who got invited were mostly youngish church guys and the partners of some women who came more regularly on Sunday morning – the guys came once in a blue moon. The first week there were 9 of us. That grew pretty rapidly. It was just fun, a quick warm up, a 10 second prayer and then kick off. Everyone just seemed to find it normal to invite their mates.

The car journeys over were a surprise. We’d planned to book the pitches across the road from our church. But found out they weren’t open on Sunday night. It meant a trek all the way across town – a 20 minute drive – but that became really fruitful. Joe and I would take a car load each, and quickly found that we could have brilliant conversations about God and life while we travelled together.”

Joe says, “A few weeks into playing and growing a couple of the guys in different cars suddenly turned to me and my colleague and just said, ‘could we get baptised?’ And we were like – we didn’t even know you were a Christian, like you haven’t been to church, never been to church, and then it materialised in different ways that these people had kind of been on the road of discipleship themselves like watching YouTube videos and reading their own bibles and stuff like that at home, just really independently but were proper bonafide Christians and there was no reason not to baptise them.”

“On the third week we were running it Ralph showed up,” Andy adds. “He’d got there on his own, but accepted my offer of a lift back. He sat down in the car and first thing he said was that he’d been thinking of getting baptised. Turned out he’d been finding God on his own after he realised his (shady) job wasn’t right and he needed something more. From the sounds of it, for a while youtube had been his church. But then he found us. We baptised him on Easter Day 2018, and his infectious smile has been with us ever since.

“After about 6 months, and several other stories a bit like Ralph we decided it would be good to try to increase the bible content in the group and maybe see if this could become a bit more like an expression of church. We started meeting in the bar at the football centre, an hour before the matches to read short passages of scripture, talk about how it applied to our lives and to pray. No topics are off limits. Addictions, relationships, work, mental health are all things people brought up.”

It became clear to Joe and Andy that people were getting hungry for God. It wasn’t just soccer they wanted and there was a real growing sense of community. Joe says, “They really wanted to meet and so we started meeting an hour before to do some bible stuff, to share, pray, do some accountability, that kind of stuff and we now get probably around 14 or 15 of the lads come beforehand for that part and then about 22/24 that play every week – they’re different guys that play every week but 35 on the books, so a real kind of growing sense of community as well.”

“There have been a bunch of times where I as the ‘supposed’ leader/pastor have been astonished by how God’s word has come alive to people,” says Andy. “An impassioned ‘nothing compares to Jesus’ speech by a former drug dealer (the things that don’t compare apparently includes regularly spending £5k on champagne in a single night – not a gospel presentation I’ve ever heard before). A man who compared the delight in being adopted as a son into God’s family (Romans 8) to ‘getting my papers’, when he finally got his UK right to remain immigration status. You just don’t know what’s going to come up next.”

Each week the men spend time exploring scripture, considering how they can apply it to their everyday lives. Through their WhatsApp group, they encourage each other in this pursuit throughout the week –– occasionally meeting Joe individually for prayer – then gather on Sunday nights to share testimonies of how their lives are changing. These changes are evident both off and on the pitch, as new players are struck by the encouraging, supportive, yet still competitive on-pitch culture and want to know more. The church remains connected to St Hugh’s, with baptisms happening during Sunday morning services. Joe values this connection but as football church develops he is considering how other sacraments, such as communion, may play a part in Sunday nights.

Andy describes his goals for the group this way, “It’s our aim that it [football church] has a deep and a broad expression- some weeks it’s a bunch of guys who don’t have a faith sitting round watching while others engage and take part. So for them it’s about normalising faith conversations, before we even begin one directly with them.

“We’re constantly seeing how we can mix it up, most recently someone brought along a guitar. We sung a worship song together. The bar man said he thought it should have made him feel uncomfortable given how much he’d had to drink the night before, but actually he just felt really peaceful.”

Andy is hoping for more baptisms this year, and for a greater depth and stability to the faith of some who struggle with addictions. “Some of those who have been around for longer will also need to grow in leadership – we are praying for guidance as to how to deal with the problems of growth. The biggest pitches [soccer fields] at the centre we play are 7 – a – side but we now have 25 people some weeks. It gets complicated!”

(Parts of this article adapted from here)