What is Re-Missioning and How Could it Help Your Church? 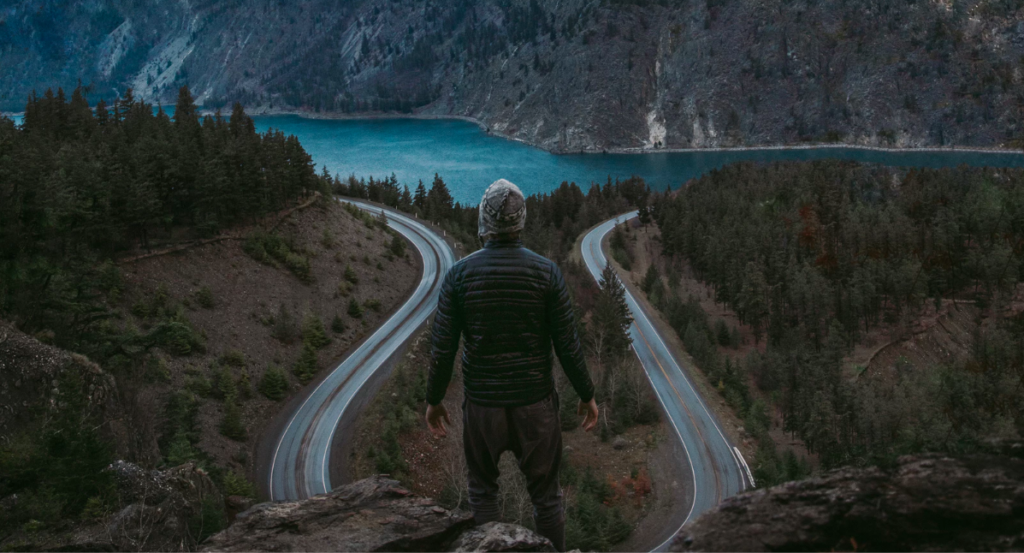 In May 2012, my wife, Jill, and our blended family of eight children visited the church we would be serving that July. Wildwood United Methodist Church of Wildwood, Florida. Our family of ten nearly doubled the congregation that first Sunday! This was not a vibrant season in the life of our church. Although the congregation has existed on the same property for almost 140 years, an initial door-to-door canvas of the surrounding neighborhood revealed that residents living within visual proximity did not know of Wildwood UMC.

Today, like many traditional churches we hold two different worship services on Sunday. We also have an additional third service of our sister church, God’s Glory Ministries Inc. We share our space and partner in various ways with this African-American congregation in the Pentecostal stream. This is quite remarkable, being that Wildwood was founded in 1881 as a Methodist Episcopal South congregation (a denomination resulting from the split over slavery in 1844). Wildwood looks very different these days. More and more, we are blending our two church families together; this is a sign of Jesus’ resurrection power at work.

However, what’s truly unique at Wildwood, is that many people are also gathering in our fourteen various fresh expressions of church. These micro-churches, led primarily by lay pioneers, gather around the risen Jesus in a tattoo parlor, the Martin Luther King Jr. Center, Mexican restaurants, dog parks, Yoga studios, libraries, running tracks, and makeshift salons. Wildwood is now a traditional congregation AND a network of contextual churches. We are very much a presence in the lives of people where they do life. The glass ceiling for laity has been shattered. The priesthood of all believers has been released. Disciples are being made. We are witnessing an emergence—fragmented pieces being blended together into a wonderful new creation mosaic—a community of resurrection. Some would call this phenomenon: revitalization.

Here’s the thing: we don’t know if this “revitalization” experiment will be sustainable or not! While not-yet-Christians, brand-new Christians (lots of them), and chronologically mature Christians are all existing together in this messy blended-family scenario, we struggle financially to keep the ship afloat. This is long, slow, hard work, and God alone can make the resurrection harvest grow.

The story of Wildwood’s decline is not unique. It is the new normal of US churches across the denominational spectrum. We live in a time coined “Post-Christendom,” “The Great Decline,” and the “Post-Christian United States.” We live on a new and uncharted frontier. The land of the so-called “nones and dones” the “de-churched and the no-churched.”

Unfortunately, the story of Wildwood’s revitalization is unique—most churches that decline to this level close their doors—but this shouldn’t be the case if we believe in a God of Resurrection. Wildwood is not growing by Christians playing church musical chairs, or already-Christians moving their membership around. The WildOnes are among a small minority of churches across the United States growing by reaching not-yet-Christians (“professions of faith” and baptisms). This is revitalization from the outside in.

In the Florida Conference, where I serve as Cultivator of Fresh Expressions, we are experiencing a tidal wave of decline. In 2017, there were 625+ churches (+ correlates with multi-site scenarios), 472 churches were flat or declining in Average Worship Attendance (AWA) over the previous 5 years; 242 lost 20%; 272 with 0 or 1 baptism in 2017; 304 who lost AWA in areas where the population is growing. In 2018, these trends continued with 593 church entities reporting End of Year Statistics, of those 64% were flat or declined in membership and 69% were flat or declined in average worship attendance

Yet amid this scenario of decline there are signs of hope. Like fragile little seedlings emerging from the cracks in the concrete of our post-everything world, churches planting fresh expressions are experiencing forms of revitalization. We are seeing something similar occur in churches across the Western missional frontier. For instance, in England, most fresh expressions are started by smaller congregations. In Mission-Shaped and Rural, Sally Gaze observes that not only are these small rural churches cultivating fresh expressions, but the inherited congregations are taking on unexpected forms of revitalization as well. [1]

Thus, this is not just one story, this is our story. Or as Frederick Buechner famously said, “The story of any one of us is in some measure the story of us all.” Can the spark that’s happening in these churches be blown upon by the wind of the Spirit and sweep across the United States like a roaring blaze?

While the church of Jesus Christ will never die, the church as we know it is dying. You are most likely reading this because you are convinced that this shouldn’t be the case and there must be a way to revitalize existing congregations.

Dr. Chris Backert, national director of Fresh Expressions US, says there are primarily three possible paths through which a church can experience revitalization:

1. Re-Engineering: Looking at all the parts of a congregation’s life and seeking to re-strategize, re-focus, re-organize to make the current version of the congregation its best version.

2. Re-Vival: That occurs through a visitation of the charismatic, a movement of the Holy Spirit that manifests in a powerful supernatural way.

Many of us have tried Option One more than once and we all know, even when it has been effective, the change is typically not lasting. Some would call this revitalization through church tinkering, in which we tweak what we do in the attractional model. Most revitalization strategies are focused on Option One. Doing church bigger and better: better coffee, better music, better preaching, better hospitality, and so on. Re-missioning is not that kind of strategy. Approaches that try to solve the crises facing the church from within the church are missing the point.

We are aware that Option Two is always a possibility, although we can’t predict or force it to happen. Here we pray and wait.

But what if the Holy Spirit is always just as active outside church walls as within them? What if God is calling us to put sneakers on our prayers and join what the Spirit is already doing in our neighborhoods and networks? What if what God is up to is not about the reformation of the church, but the reformation of the world? What if revitalization comes not from the inside out, but the outside in?

Hence, re-missioning is an exploration of Dr. Backert’s Option Three, that inherited churches can and are being revitalized by adopting the fresh expressions approach in the mixed economy or blended ecology way. While revitalization is not the goal, it is an effect of joining God’s disruptive cause amid the fragmentation and isolation of human communities. Cultivating fresh expressions of church births a missional ecosystem in long-declining congregations.

Warning! Planting fresh expressions of church to revitalize your inherited congregation is not the right “why.” If you’re looking for a way to put “butts in pews,” there are other methods you should try. Fresh expressions is about listening to what the Spirit is already up to in our communities and forming wells for the living water that is already bubbling up from the ground.

Revitalization is a reaction in a series of more complex chain reactions. A manifestation of emergence: synergistic relationships occurring between inherited and emerging modes of church that result in a new complex organism. We call this a “blended ecology.”

The Blended Ecology refers to fresh expressions of church in symbiotic relationship with inherited forms of church in such a way that the combining of these attractional and missional modes blend to create a nascent form. When churches truly live into the mixed economy for an extended period, we see a transformation occur. Both the inherited church and the fresh expressions of church become a new interconnected creation.

There is no one size fits all way to revitalize churches. Churches across denominational lines have poured endless resources into the problem of decline. Many books have been written, attempting to give the silver bullet to church growth, and the “seven keys” to revitalization. Many denominations have doubled up strategies on planting churches, hoping to outpace the rate they are closing. While some of these efforts have proved hopeful, we have, at best, merely stemmed the flow of decline.

Re-missioning is not another “save the denominations plan.” We are a network of local church people, sharing learnings from the US mission field. It is a 1 John 1:1 kind of phenomenon: “what we have heard, what we have seen with our eyes, what we have looked at and touched with our hands, concerning the word of life.” We have seen the risen Jesus at work in the blended ecology way. I exchange the word model for way. As I believe the blended ecology to be a way for us to be the church, rather than a corporate business model of a new kind of church.

Denominations have tried top-down leadership strategies to reverse decline for decades; perhaps we need to give local, grassroots revolutionaries a chance? We need cohorts of local church leaders who will dig into their contexts and resist the urge to climb the corporate ladders of denominational success. In systems that often reward the politically savvy, corporate-minded ones who oil the institutional machinery and tend the company store, we need risk-taking prophets who will stand in the wilderness, thirsty among the people.

These are the strong poets who give us new language and new visions, not from the seats of power, but from the ranks of the marginalized. These are the pioneers who will stand in the liminal space and organize local people movements on a pilgrimage between the times.

We are learning from fellow practitioners in the trenches of decline, failing forward, trying to keep up with the Spirit in the in-betweenness of our time. We call what we are discovering “re-missioning.” I hope you can join us for a day of swapping learnings from the fault lines of change on this new missional frontier.

[2] Backert, Chris. Collected from a presentation delivered before the Society of Church Growth on October 20, 2017 at Asbury Theological Seminary. 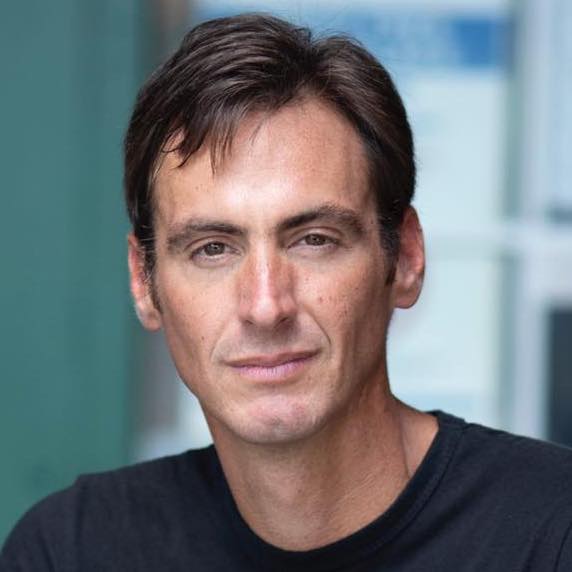