Living Together: A Church’s Radical Approach to Community 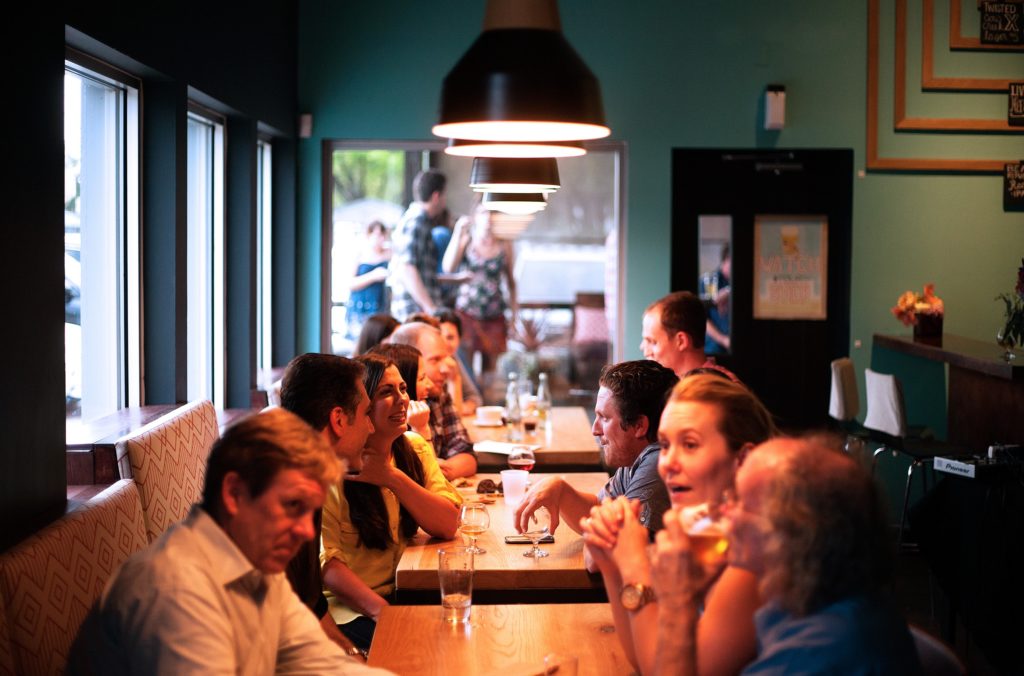 Imagine what it would be like to live at church.

No, I don’t mean sleeping in the pews, bathing in a tiny, porcelain sink, or living on a diet of bread and grape juice. Instead, picture living in communities with your brothers and sisters in Christ where you strive to grow closer to God and be a light to those around you. That’s the idea behind Awaken Church in Hampton Roads, Virginia—they live at church.

On Sunday mornings, Awaken Church probably looks a bit like what most people would expect from a church.

There is singing, reading of Scripture, and prayer in brick building where people can meet and encourage one another. However, as pastor Mike Pumphrey says, “gathering on Sunday is really for the sending of the people back out into their mission fields.” He claims that Awaken Church is less about Sunday gatherings and more about showing people “what the church looks like Monday through Saturday.” The main way that they do this is through what they call “missional communities.”

What Does Missional Mean to Them?

A missional community is a group of Christians that live with one another to grow as a body of believers and influence the nonbelievers that live around them.

They live among nonbelievers, inviting them into their loving community of Christ-followers and demonstrating what it looks like to live for Jesus. Each community is made of close to 20 people and actively engaging 30-40 nonbelievers with the Gospel in their social spaces.

Some missional communities will last for years, others are only temporary because of how often people move in and out of the area.  Each missional community is led by a team of three to six lay people who are trained in disciplining and reaching out to nonbelievers.

These communities have three rhythms: healing in, raising up, and sending out.

Each of these rhythms is intended to be lived out by both the individuals and the group as a whole to create thriving missional communities. Mike says that by respecting these rhythms, Awaken Church strives to become Imago Dei, the image of God, to the people around them, demonstrating the strength and power of God’s love.

Their approach to these communities is both organic and organized.

They strive to multiply the ‘social space,’ or social spheres, that members of Awaken Church are already a part of. Members are encouraged to ask themselves: “Who has God called you to be for? How can you be for those people?”

By investigating which groups of people God is bringing to their attention and noticing which groups they are already a part of, Awaken Church can organically find potential locations for missional communities. Mike says that after establishing a missional community, their next step is “to find people of peace” that are willing to welcome them and introduce them to others. Although this may not sound too challenging to accomplish, often Awaken Church experiences difficulties due to the area where it is located.

Understanding the Specific Needs of Your Community

The area around Awaken Church is full of navy families; about a third of the population is there because that is where they have been stationed.

In most of these families, the husband is deployed and the wife and children live on their own for nine months out of the year.

Mike says that the distance between these families “causes a lot of friction within families as well as a lot of distaste for the area to where a lot of people say, ‘I want to go home, I don’t want to be here.’” This leads to a lot of military families being closed off from their communities and unwilling to get involved, explaining why most churches in the area are being forced to close their doors.

Mike comments, “It’s hard to impact this city when a third of the area, who is navy, don’t really want to be here. And if you don’t want to be here then you’re not going to love this city as Christ loves this city.”

Thankfully, Awaken Church has been able to find people of peace that can introduce them into military communities around them.

They currently have three missional communities, although they have had up to four in the past. Mike described one missional community that was engaging with a group of people that had used social media to express distrust of church, skepticism of Jesus, and old wounds from church.

By living alongside these people, this missional community has been able to share conversations about faith, spirituality, and Jesus that they were originally closed off to. One of them was even willing to attend the Easter Sunday service and was surprised to find a positive connection to the experience that she had not expected.

Another missional community was built around kickball at a park in Norfolk. They encountered one family in particular that they were able to discuss the Gospel with. The senior leader of that missional community grew especially close to the husband and was able to invite the family into their home for the last few months leading up to the husband’s transfer to North Carolina.

If you don't want to be in your city, you won't love it like Christ does.

Although there are many difficulties with trying to reach out to families that are only living in Hampton Roads temporarily, Awaken Church trusts that if they can disciple these people, their reach will expand as these families move.

Mike says, “We believe that by being here, we can have a presence around the world.” They hope that by growing in the Hampton Roads area, they will be able to share Christ’s love with people all over. Mike says, “Our goal is to see 40 churches in ten years in Tidewater, Virginia…Ten of those would be traditional churches and 30 of those would be missional communities or house churches connected to a larger gathering.” In addition, they are working with a church planter in Suffolk, Virginia who is trying to create missional communities.

Awaken Church may have big dreams, but they know that creating a movement begins with small groups of people.

In order to understand how the church should relate to others, they look at how Jesus did ministry during his time on earth. Mike says, “He had crowds but…he had 12, he had 72, he had these smaller groups of people that he was intentionally discipling that eventually grew into this huge movement.”

He advises that we ask, “How do we begin with a small group of people by engaging our city together and being the image of God in this place and really developing true community around it?” and trust God to multiply that into “over 1,000 people who have been impacted by the Gospel that we will never even see.” They know that if they love and disciple one another as Christ discipled his followers, God will use them as a light to reach out to their community, and even the world.

Emily Daly is a Fresh Expressions Communications intern. She is a Senior at the University of Mary Washington in Fredericksburg, Virginia.