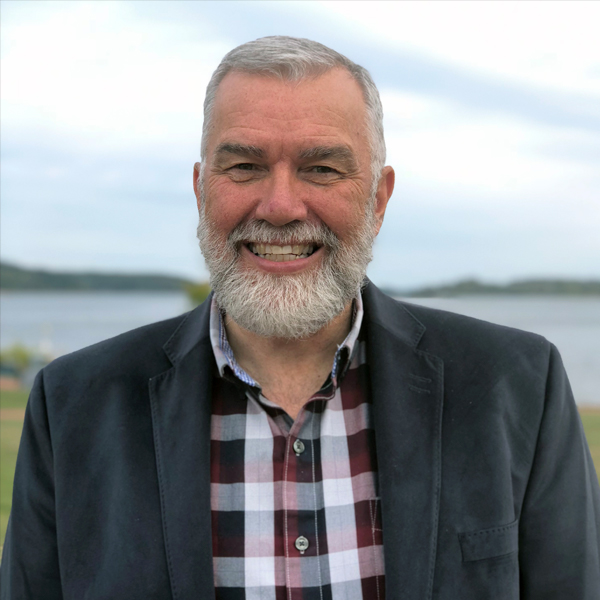 Greg is the Associate Executive Minister (Congregational Renewal, Ministry Placement) for the Canadian Baptist of Atlantic Canada. Born in Moncton, Greg spent most of his school years in Riverview, NB, and it was at Riverview United Baptist Church that he accepted Christ and began to be challenged with what it meant to be His follower. Following graduation from Riverview High School in 1977, Greg studied at Mount Allison University, Atlantic Baptist College, and then Mount Allison again where in 1982 he graduated with a Bachelor of Arts with a major in Sociology. Because of a desire for a year of theological study for the purpose of integration, Greg went to Regent College in Vancouver for what he thought would be one year.

It was during that year, however, that he began to discern a call to the pastoral ministry and so, after being married in NB in the summer of 1983, he and his wife Wendy returned to Vancouver for another two years to complete a MDiv. Greg’s first pastorate was in Middle Sackville, NB, (the first established Baptist Church in Canada), which for six of the eight years that he was there was a two church field (along with Midgic United Baptist Church). Greg was ordained to the Christian ministry by the Middle Sackville church, and these were wonderful ministry years of growing and being loved and challenged by a congregation passionate for striving to be all that God called them to be. It was in Sackville that Greg and Wendy’s two oldest daughters were born. In 1993 Greg was called to be Senior Minister of First Moncton United Baptist Church where he pastored for eight and a half years. These again were a rich ministry opportunity, and while in Moncton a third daughter was born to Greg and Wendy. In April of 2002 Greg was called to a dual portfolio with the Convention of Atlantic Baptist Churches, serving as Director of Development as well as Regional Minister for Region 6 (Southwest NB).  Currently Greg serves as an Associate Executive Minister as Director of the Centre for Congregational Renewal. He also is the interim director of the Atlantic Baptist Mission Board and oversees pastoral placement and assisting churches seeking pastors.